An Overview of Pyrethrum

Pyrethrins are a type of pesticide that are found naturally in certain species of chrysanthemum flowers. They are a mixture of six different chemicals with insecticidal properties (1). When pyrethrins are extracted from the flower it will contain impurities which is why it is used as a model to produce synthetic pyrethrins known as pyrethroids. Pyrethrum serves as a general term for both pyrethroids and pyrethrins. 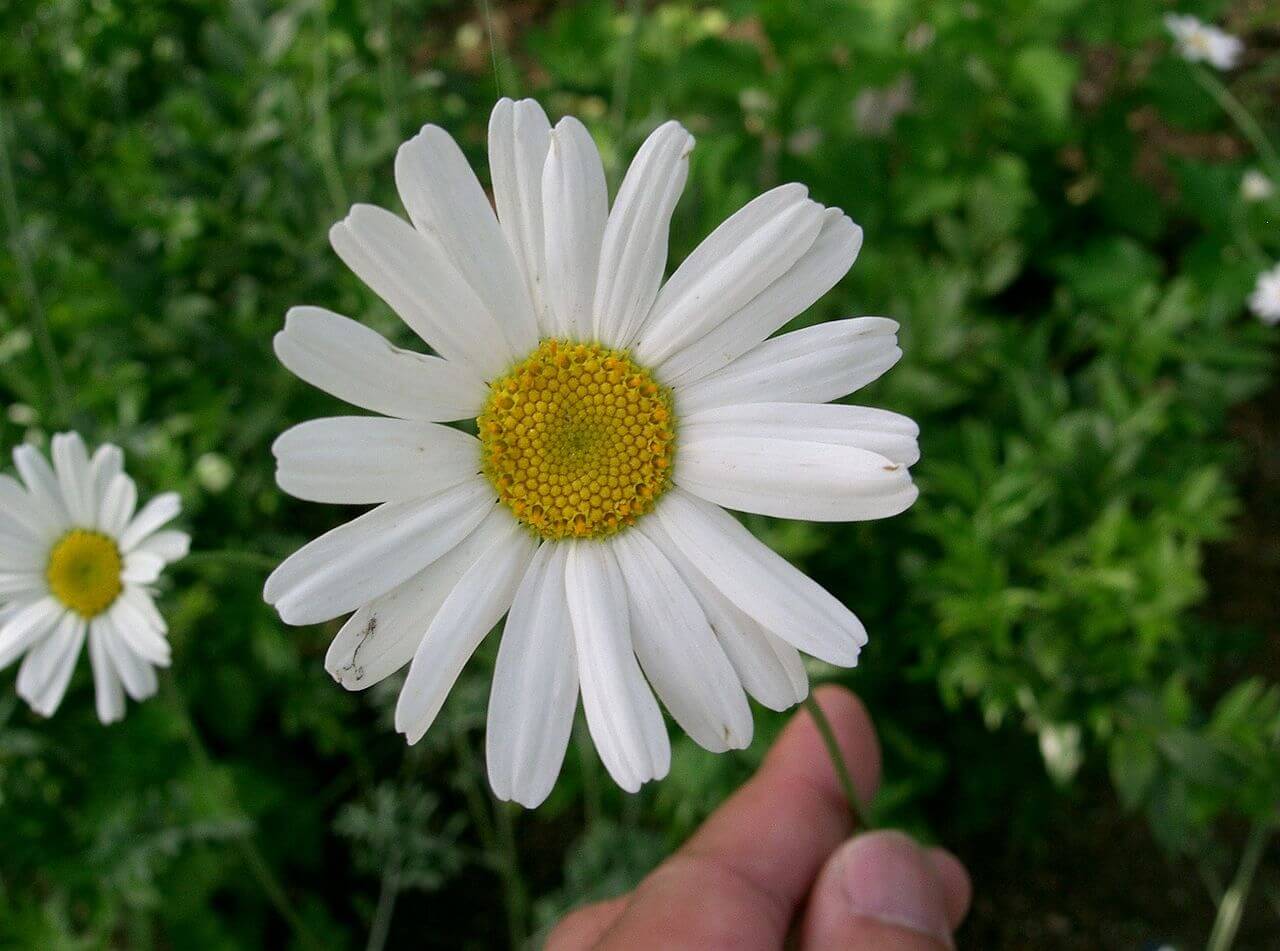 Tanacetum cinerariifolium otherwise known as the Pyrethrum Daisy, but it may actually be a chrysanthemum. Image by KENPEI (6).

Specifically, natural pyrethrins are commercially derived from one main source which is a plant belonging to the genus chrysanthemum or tanacetum in the family Asteraceae. Its scientific name is Tanacetum cinerariifolium (also known as Chrysanthemum cinerariaefolium as there is an ongoing debate as to which genus it belongs in) and has gone by several names including Dalmatian chrysanthemum, Dalmatian Pellitory, and Pyrethrum Daisy (5). Dalmatian chrysanthemum looks more like the common daisy than other chrysanthemums. Its flowers, typically white with a yellow center, grow from rigid stems and have been used for pest control in one form or another since ancient times. 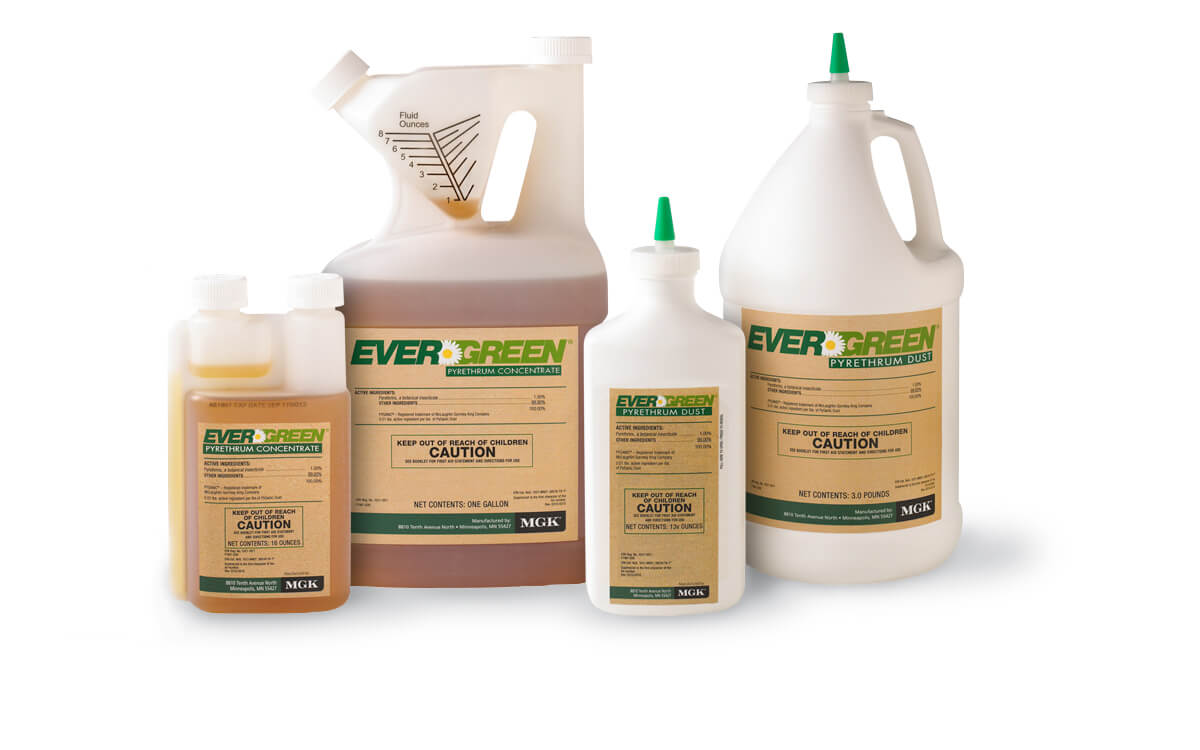 Pyrethrins have been registered for use in the United States since the early 1950s and there are now over 2,000 registered pesticides that contain pyrethrins. They come in liquid and granular form for applying on plants, but pyrethrins can also be found in products for non-agricultural purposes. Pet shampoos and human head lice shampoos are just two examples of these sorts of products. You can also find pyrethrin compounds in grain storage and poultry pens to control roaches. Certain pyrethrin products can be used in organic agriculture as well.

Pyrethrins are effective against insects because they excite the nervous system when they come into contact with it. The excitement to the nervous system paralyzes insects and causes their death. Within minutes of a spray application, insects are unable to move. Usually pyrethrins are mixed with a synergist to increase their insecticidal effects. This is because natural pyrethrins can be detoxified by enzymes within insects. Delaying enzyme action and applying a lethal dose are some of the reasons why synergists may be added to pyrethrins. One common synergist that pyrethrum is combined with is piperonyl butoxide. In the presence of sunlight, pyrethrins will rapidly break down in water, in soil, and on plant surfaces. The average half-life for pyrethrins in water and on plant surfaces is roughly 12-13 hours with as little as 3% residue remaining after 5 days. It is important to note that pyrethrins are not systemic in plants so contact and coating the plant is crucial for pesticide effectiveness. Also, pyrethrins stick to soil well and have a very low potential to move through the soil and into groundwater. Field studies that have been conducted were not able to find pyrethrins below a soil depth of 15 centimeters. This may be in part due to the ability of microbes to rapidly break down pyrethrins (3). Pyrethrins are nearly non-toxic to birds, but they are extremely toxic to honeybees and fish and aquatic invertebrates. Pyrethrin-based pesticides are effective against pests that affect indoor cannabis such as thrips, fungus gnats, and aphids. Since pyrethrins rapidly break down after application, they must be applied when target pests are present. Formulations that include insecticidal soap or other insecticides may increase effectiveness of pesticide applications (4).