Types of Trichomes on Cannabis

When looking at a female cannabis plant in flower, you can see the many trichomes glistening out of the buds and some of the leaves. The little resinous glands resemble tiny hairs and contain various cannabinoids. If you were able to take at the various trichomes through a macro lens or a loupe, then you would see the different shapes and sizes of the trichomes. The different types of trichomes have been categorized into two main groups: glandular trichomes and non-glandular trichomes. These trichomes have been observed and studied using electron microscopes to create a more in-depth view of their anatomy and physiology.

Did You Know? The common hop plant (Humulus lupulus) also has glandular hairs on its bracts that resemble the ones found on the cannabis plant.

Glandular trichomes look similar to mushrooms because they consist of a stalk with a globe or sphere at the top. This type of trichomes both produce and store cannabinoids as buds develop which is the focus for cannabis growers. The majority of these trichomes are found primarily on female cannabis plants and on their flowers. There are several different types of glandular trichomes that also vary in shape in size with varying levels of cannabinoids and terpenes contained within. The average width of these trichomes are comparable to a few human hairs ranging in 25-500 microns. Glandular trichomes range in color as the plants transition later into the flower phase. Trichomes will change color from translucent, to milky white, and finally amber. The amount and dominant type of glandular trichomes that adorn a female cannabis plant will change depending on environmental conditions and genetics. Even though certain cannabis genotypes produce more trichomes, it does not necessarily make them more potent varieties. 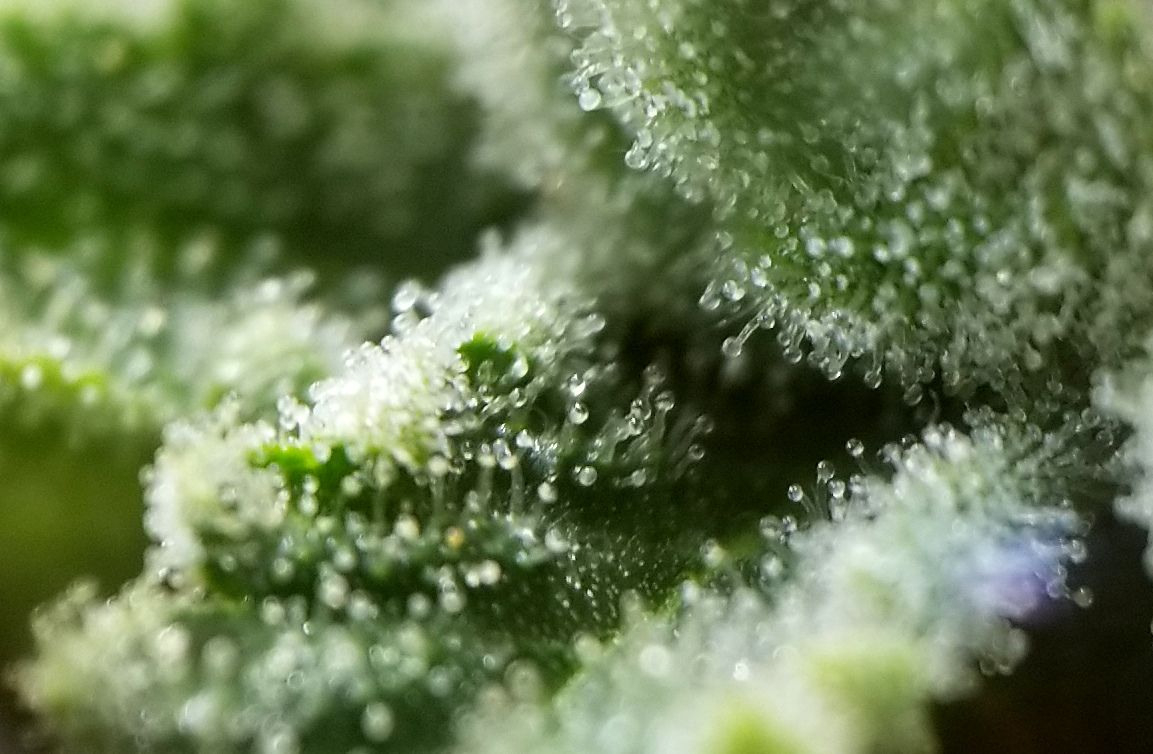 Image of glandular trichomes from a female Strawnana plant in late flower grown by RMK.