The Effects of Green Leaf Volatiles

When plants are stressed or injured they respond by releasing biogenic volatile organic compounds (BVOCs). Green Leaf Volatiles are chemical compounds that belong to the BVOC group. GLVs are C6 molecules which rapidly produce when stress or injury occurs (3). Green Leaf Volatiles (GLVs) are widely produced across the plant kingdom and this more than likely includes the cannabis plant although there are no known scientific studies covering the topic. They are used to attract or repel predators and can be toxic to certain bacteria and fungi. GLVs are released as a result of mechanical damage and stress to the plant. This may serve as a warning signal to other plants in the surrounding area (1). Mechanical damage can create injuries for the plant and the different types of mechanical damage can include animals grazing on the plant, cutting the plant, or even roughly handling the plants can cause the plant to emit GLVs in high amounts. This is why intact plants will only produce very small or trace amounts of the chemical compounds known as GLVs and why wounded plants will emit GLVs in great amounts. Beyond this, the research into GLVs is limited (4). 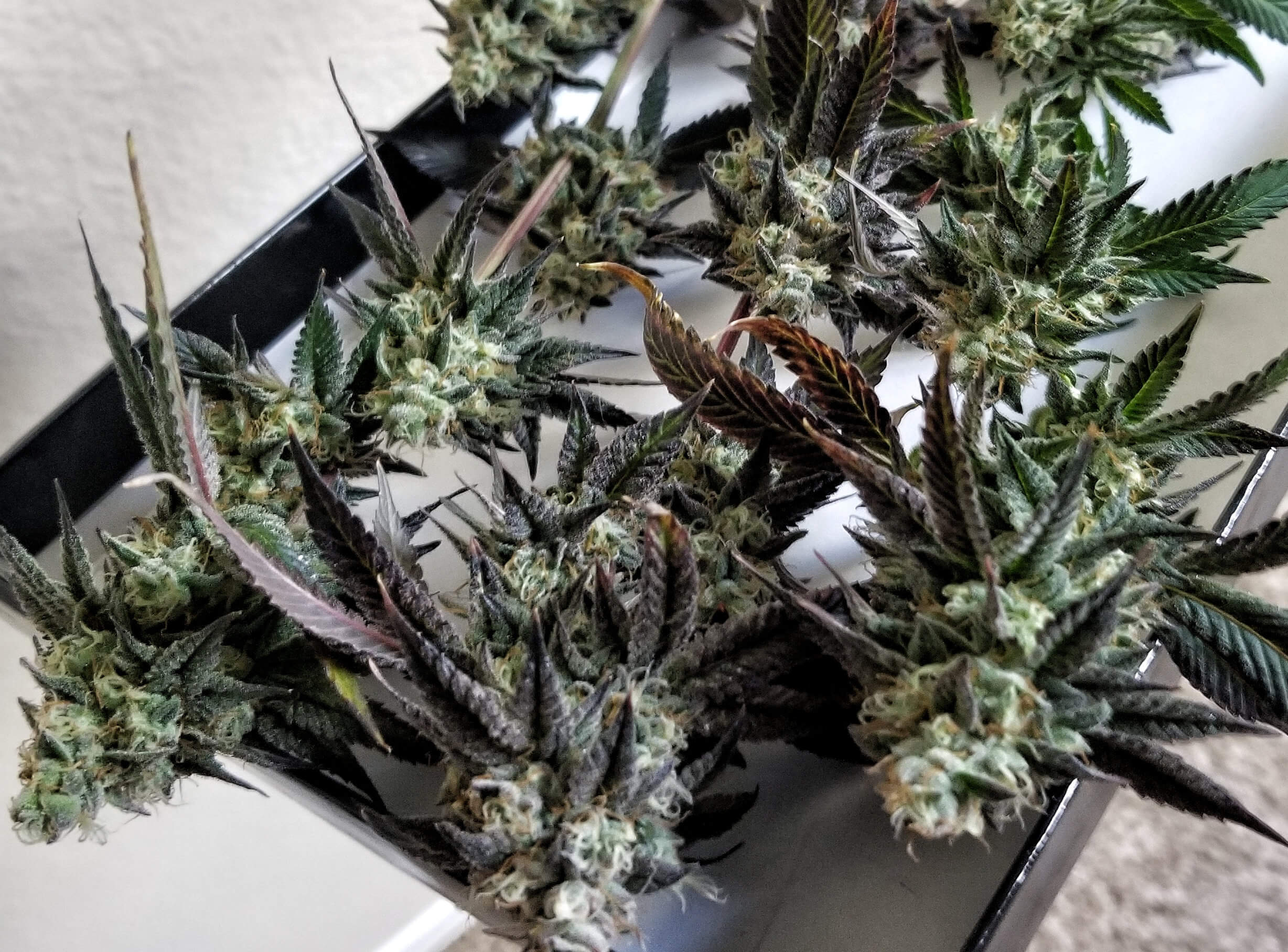 GMO Cookies (bred by Divine Genetics) cannabis plants being harvested and prepared for drying. After approximately 10-14 days, the plants will be ready to dry trim. These plants were grown under HLG V2 100 LED lights by RMK. 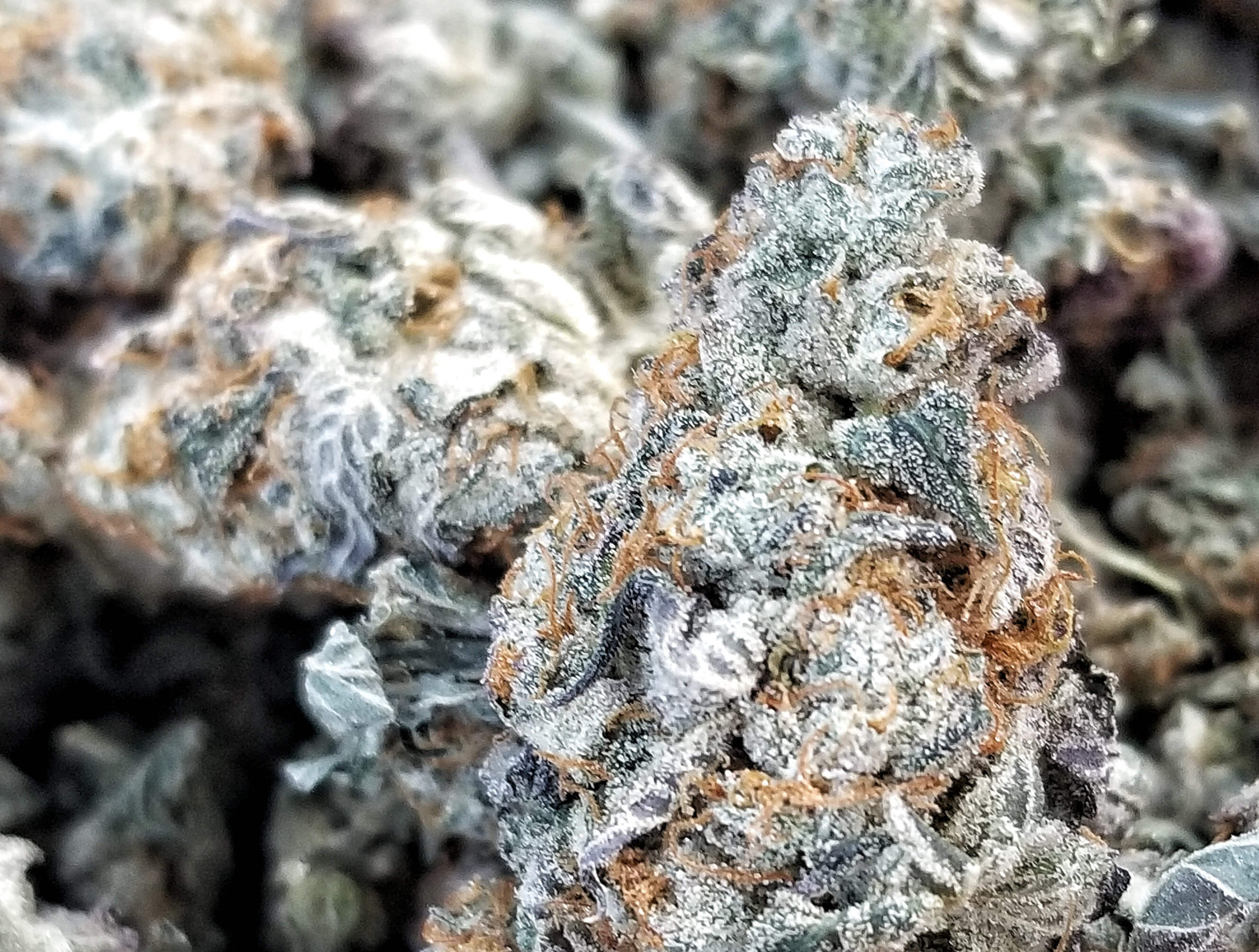 Cherry Pie buds curing after a wet trim to remove them from the stalks. These buds dried for several days in a high humidity environment, then were touched up and placed into jars for curing. Grown by RMK.

Many high-quality commercial grows will opt for a dry trim, allowing plants to hang dry for several days prior to trimming. The buds are then cured and eventually burped. This process helps bring out a rich aroma from the buds as they slowly dry. The wet trim process often gets frowned upon because of all the GLVs that are released from the rough handling and removal of fan leaves and some sugar leaves in a fast-paced environment. The GLVs can directly affect the smell and taste of your finished buds which is why it is important to avoid the rough handling of buds during harvest through curing. The smell of fresh cut grass is not too dissimilar with a mixture of oxygenated hydrocarbons being emitted from many green plants. Some of the oxygenated hydrocarbons include methanol, ethanol, acetaldehyde, and acetone. This is why improperly handled cannabis buds can have a strong smell of hay or cut grass.