The practice of naming cannabis strains has varied depending on the breeder and region over time. Some cannabis breeders prefer to name their strains after something nostalgic that reminds them of something such as a certain character or object in a franchise. Other cannabis breeders may choose to rely on the lineage or terpene profile to make a determination on the strain name. Certain strain names have also appropriated for their consumer appeal which dispensaries may be hoping to use to capitalize in sales. This is why cannabis strain names can be somewhat untrustworthy and it is important to smell and see the cannabis buds to compare to memory for what sort of effects you want to feel from your cannabis. This way even if the strain may be different by name, it could have familiar terpenes which will in turn give similar effects.

Using another cannabis breeder’s strain name for a different cannabis strain happens in medical and recreational dispensaries as well as the black market because the strain name may be familiar to customers which may make it easier to sell the product. In addition to this, there are currently no viable cannabis genetics testing methods and database that is popular and well-received (2). White Widow is just one of the most famous strains that has seen contention over which cannabis breeder created and named their particular strain first. Greenhouse Tolstraat won the Cannabis Cup when they debuted their White Widow strain in 1995. However, Dutch Flowers was following closely behind Greenhouse Tolstraat by taking the second-place honor for their own version of White Widow. There are other contenders claiming they originally created the White Widow strain too and this may have to do in part with the fact that it was an extremely popular cannabis strain. 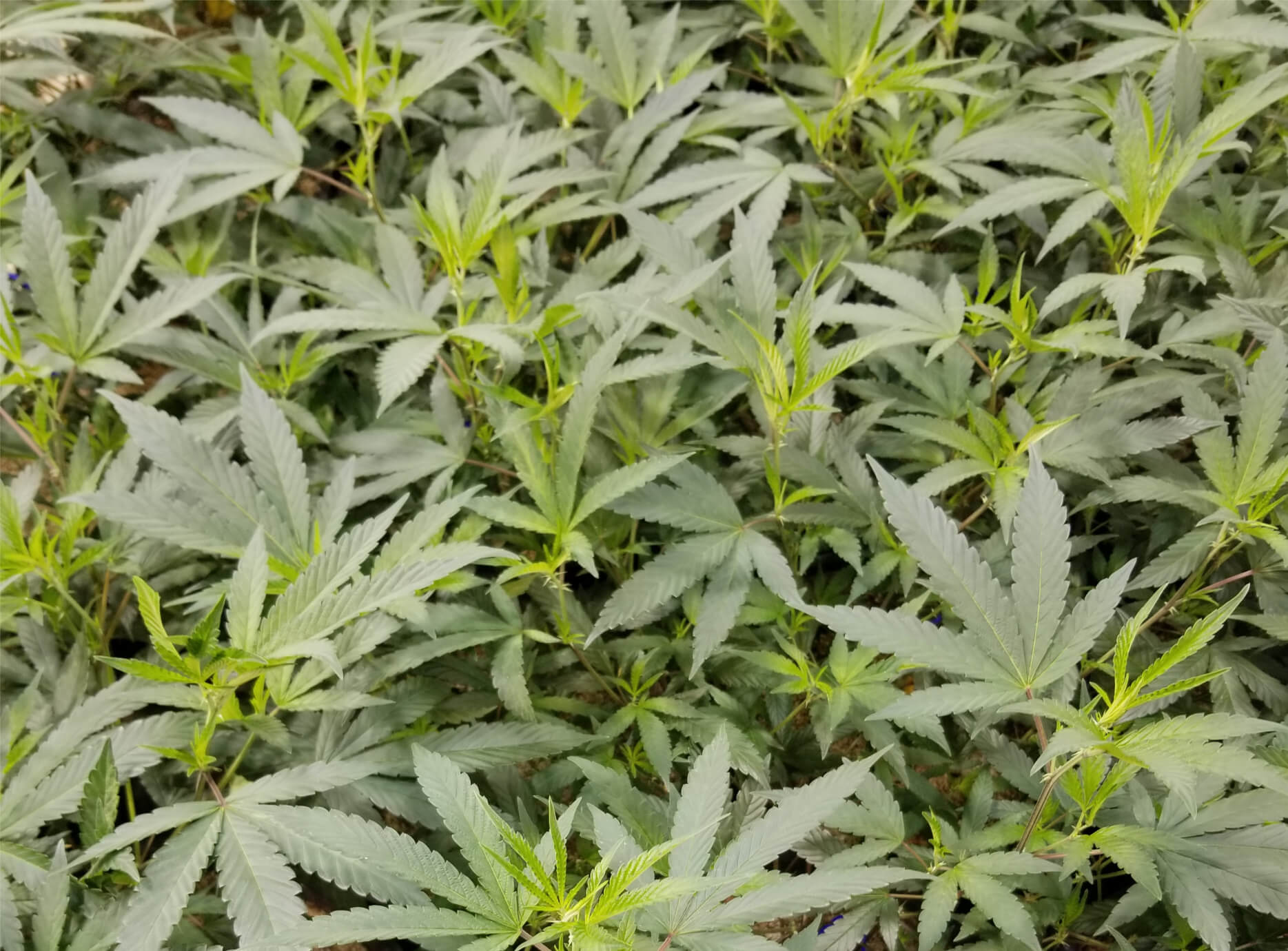 Image of Purple Alien cannabis plants in the vegetative stage. Genetics are from Pink House Colorado and are grown by me (1).

Certain cannabis growers in underground cannabis circles and some of the growers in early legal cannabis circles in Europe may have appropriated popular cannabis strains such as White Widow, Super Silver Haze, Northern Lights, and Blue Dream (unknowingly or knowingly) and proliferated their mystery genetics to different places across the world which has led to a lot of different genetic variations of the same strains over the years, not including phenotypes. The type of homage strains that are common now are strain names that relate to various companies or of characters and objects in a multitude of different franchises. There were dozens of strains paying homage to several different franchises you only have to take a look at any online cannabis strain resources such as Leafly, WikiLeaf, or SeedFinder. There were also numerous cannabis strains named after something or someone in Star Wars and Lord of The Rings just to name two franchises (3). Reputable breeders have changed some of these homage-type strain names with something more original in order to prevent any legal action taken against them in the form of trademark violations. Other strain names had paid homage to companies in different industries such as GSC (formerly known as GirlScoutCookies) and Original Glue (formerly known as GorillaGlue) which have since been renamed after facing legal action from their respective companies.

Cannabis breeders that use lineage as their method for strain naming is becoming more popular as it can give a sense of familiarity to consumers who are accustomed to older cannabis strains. Cannabis strain names based on their lineage may denote similar qualities to its genetic parents that may entice the consumer. It could also be possible that cannabis strain name may be unknown to the consumer, but the parent strains are familiar and may have an unknown quality to the consumer that is also equally enticing. Fugazi Lemon (Lemon G x Jack Herer) is a good cannabis strain example that has a clue to its lineage. This strain bred by Cannarado Genetics shows how the name is derived from the parents of the cannabis strain at least in part. Another example is if an individual likes the strain Blueberry, then they might like to try the strain Blue Dream (Blueberry x Super Silver Haze) which has an aroma that is very sweet and reminiscent of berries. 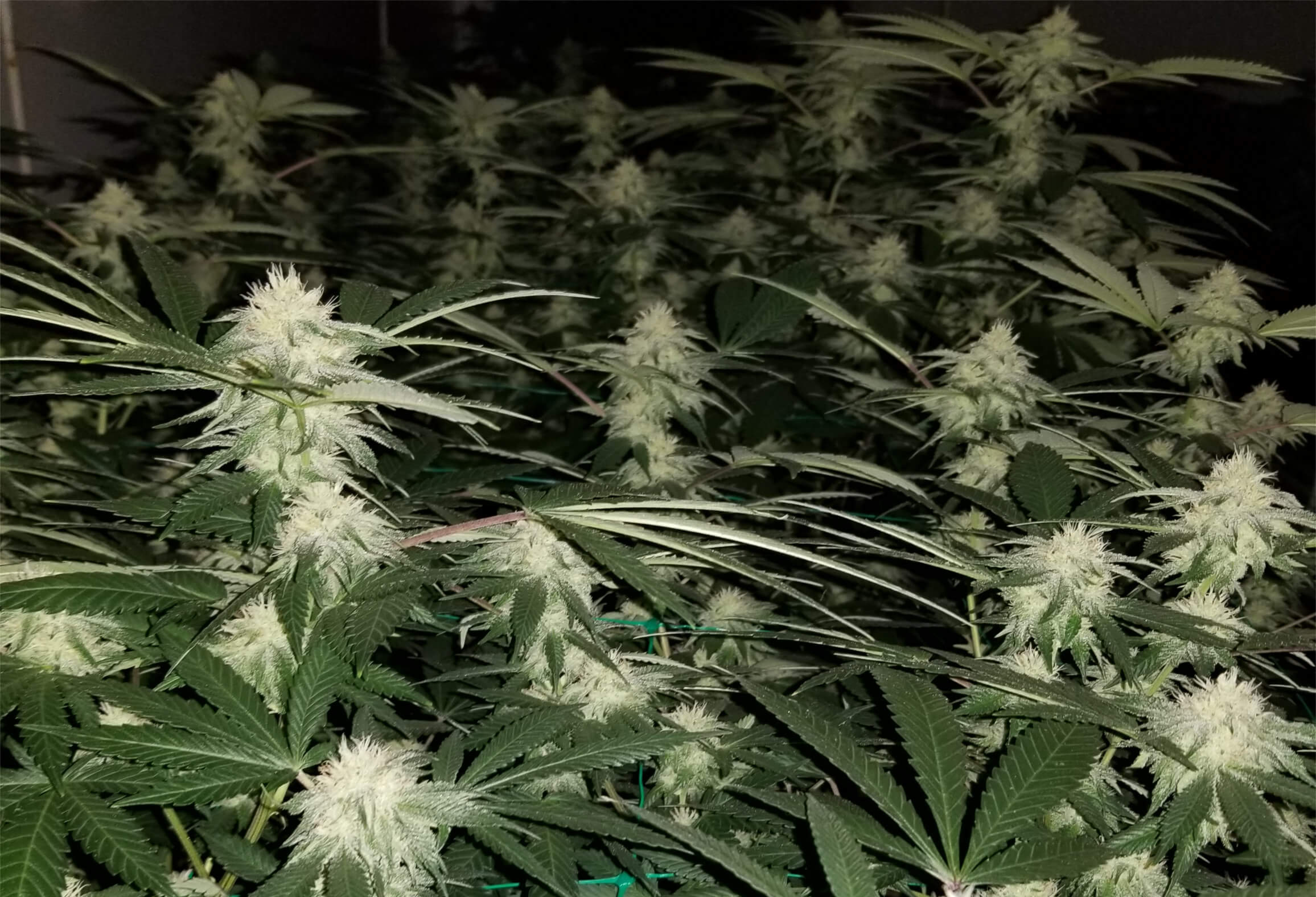 Image of Purple Alien cannabis plants in the early flower stage during week 4. Genetics are from Pink House Colorado and are grown by me (1).

A cannabis breeder may name their strain based off of the terpene profile that gives a cannabis plant its aroma. This is becoming a popular naming method because it can give a quick indication of what the cannabis buds might smell and taste like for the consumer. Cherry Pie (Granddaddy Purple x Durban Poison) smells like baked cherry pie. Even though the strain name, Cherry Pie, is not reminiscent of either of its parents in its lineage, its bud gives off a strong odor that is not unlike cherry pie. Strawnana (Bubble Gum x Banana Kush) by DNA Genetics and Serious Seeds is another popular strain that is named after its distinct terpene profile. The strain Strawnana smells and tastes somewhat similar to strawberries and bananas.

Landrace strains are sometimes referred to as heirlooms because of their distinct genetic make-up. Cannabis strains such as Acapulco Gold, Durban Poison, and Panama Red are considered landraces. These types of strains were once carried over from Central Asia to other parts of the world where they adapted to their environment and evolved over time through a combination of natural selection and human intervention. These strains provided the backbone for many of the strains we see available today. A landrace strain could be named after the region or city it was naturally found in. Durban Poison may have originated from the South African port city known as Durban. Acapulco Gold may have been named after the town Acapulco in Mexico. 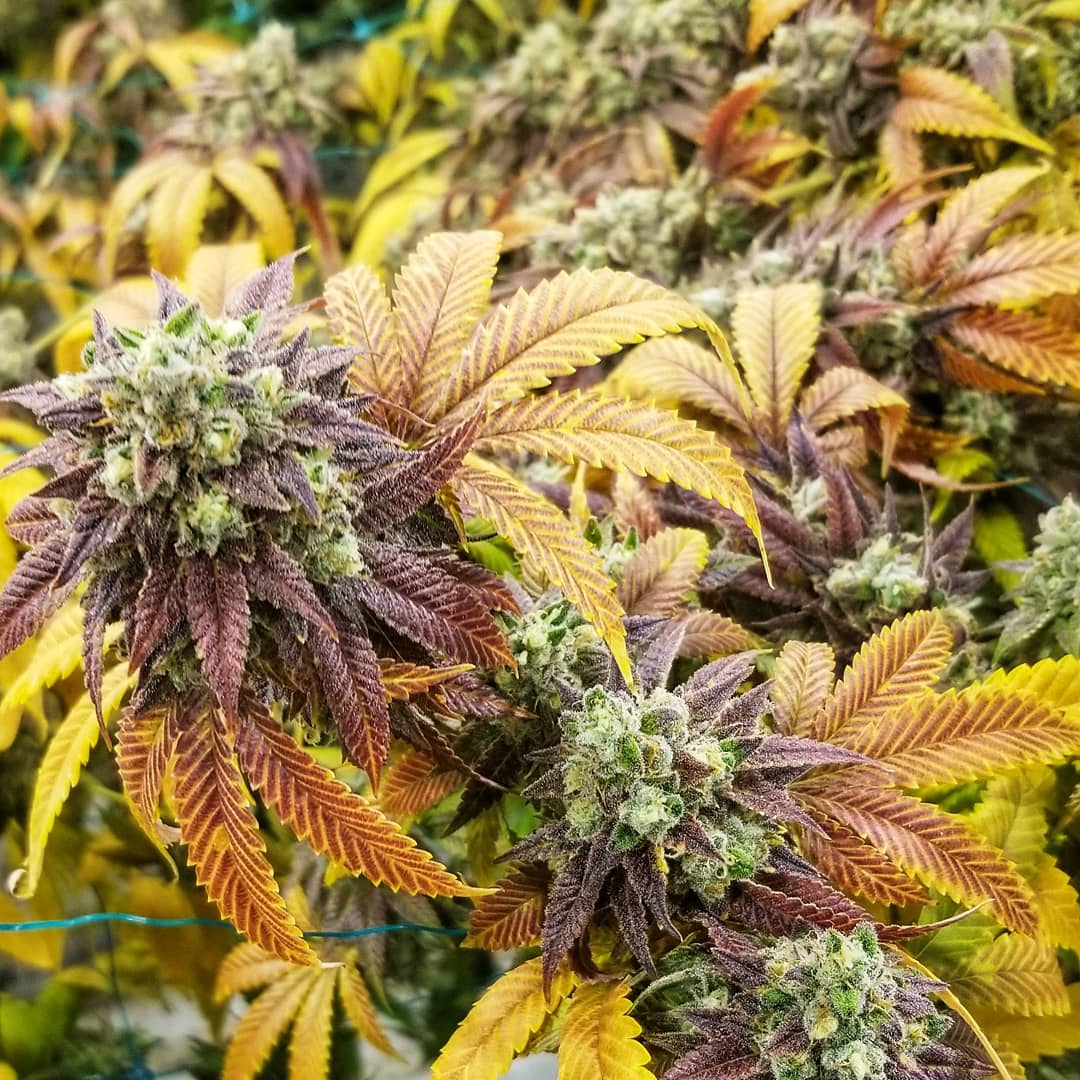 Image of Purple Alien cannabis plants in the late flower stage just before harvest. Genetics are from Pink House Colorado and are grown by me (1).

The practice of naming cannabis strains has varied depending on the breeder and the region over time. As various breeders cultivated their own cannabis genetics, different mindsets for naming cannabis strains emerged. Cannabis breeders may name this strain based off of homage, lineage, or terpene profile which are the basic categories for the naming of strains. Some licensed breeders in legal states have properly disseminated cuts or seeds to medical or recreational dispensaries in the United States in an effort to ensure their genetics are being properly marketed, but it is not enough to stop certain people from appropriating a cannabis strain name. This is because there are no genetic tests for cannabis plants to prove their authenticity that is widely used. Even though a strain name may denote a certain flavor or shared genetic characteristics with other strains, that same strain may not produce an identical product depending on several variables. This is why cannabis strain names can be somewhat untrustworthy and it is important to smell and see the cannabis buds to compare to memory for what sort of effects you want to feel from your cannabis. Now that medical and recreational cannabis legalization is spreading across the United States, there are more cannabis strains available than ever before as there are now hundreds if not thousands of new cannabis strains in existence.