Powdery mildew is a common, widespread, and easily recognizable plant disease. There is a range of different powdery mildews affecting many different kinds of plants from ornamentals, to vegetables, and even fruit trees. According to Laura Pottorff a former plant pathologist and horticulturalist, “In Colorado, powdery mildews are common on lilac, grape, roses, turfgrass, and vegetables”. This means that powdery mildew can be found naturally outside and can be tracked into outdoor grow areas and inside into indoor facilities in the state of Colorado. By no means is powdery mildew unique to Colorado, but my focus is on my current state of residence. There are several types of species of powdery mildew, but only a few that are known to infect the Cannabis plant. 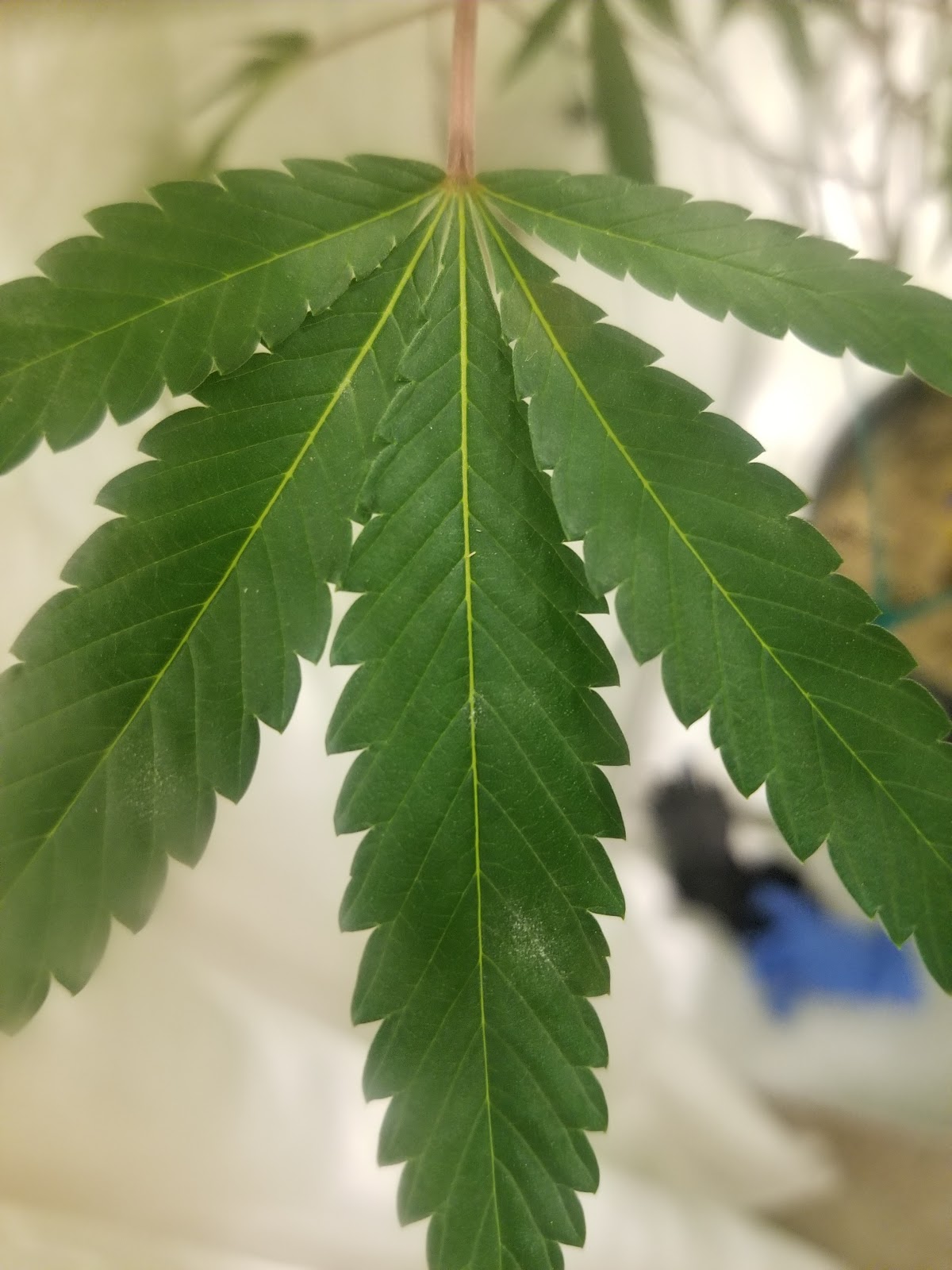 Early stages of Powdery mildew on a cannabis leaf. Image taken by RMK.

Powdery mildew works by producing mycelium that grow on the surface of a plant without penetrating the plant tissue itself. Rather the fungus feeds by seeding haustoria, or a root-like structure into the plant tissue. Spores can be transported by water, wind, or pests which is why it is important to maintain cleanliness. The features of powdery mildew are often described as white spots or patches that can grow along the stalks or on the topside of leaves.

Powdery Mildew is a fungi that can be described as white spots or patches that grows along the stalks and topsides of leaves of the Cannabis plant.

The fungal structure continues to build and expand upon itself until it grows from white to yellow and even black in extreme stages of powdery mildew, but this is uncommon. Typically, a fuzzy white structure can be observed on the topside of leaves that will engulf the leaves if left unattended. Depending on the progression of the disease, powdery mildew can also affect buds negatively and can cause infected leaves to grow distorted and turn yellow.

Illustration of Haustorium growing within a plant cell. Image credit to Ralf T. Voegele at the Institute of Phytomedicine (2009).

Powdery mildews are severe in warm, dry climates (Pottorff, 2013). This means that powdery mildew can grow in a relatively low humidity environment, even though spore germination requires a higher relative humidity. Incidents of infection can increase as the relative humidity increases closer to 90%, but not when leaf surfaces are wet (Davis, 2008). There are several factors to consider that may be favorable to powdery mildew including environmental conditions, plant condition, and variety of the plant. Environmental conditions include air circulation which is dictated by how many plants are in a given space, the size of plants, and ventilation. It is also important to consider the amount of light that reaches leaf surfaces, ambient room temperature, and relative humidity. All of these factors should be encompassed when attempting to prevent powdery mildew. Younger plant tissue growth is commonly more susceptible than older plant tissue growth and shaded growth is more susceptible to powdery mildew than growth in direct light. Powdery mildew can infect your plant at any stage of its life cycle and symptoms may appear from clones to late flower.

In optimal conditions, powdery mildew will have an average 4-7 day post-inoculation (dpi) window where it remains invisible as it builds its network within the plant host. This means that the symptoms won’t be visible to the naked eye as the powdery mildew infects its host until several days have passed. There have been studies conducted on a close cousin to cannabis, Humulus lupulus otherwise known as hops which has demonstrated various incubation periods for the powdery mildew strain P. macularis (Medicinal Genomics, 2018). The relationship between humulus lupulus and cannabis sativa has been well established among the scientific community. The cannabaceae is a family of dicotledonous plants including both genera: humulus and cannabis. 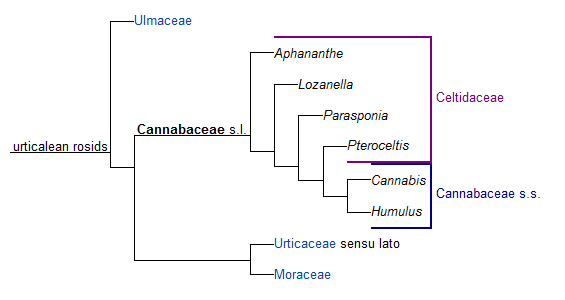 More recent microbiome analyses of cannabis reveals the presence of the Golovinomyces sp. strain of powdery mildew in a majority of tested samples from licensed cannabis cultivation facilities in Canada (Pepin, 2018). This is evidence that there are multiple strains of powdery mildew that can affect cannabis plants, but the strain may be dependent on the region the cannabis is grown in. No matter the strain of powdery mildew, it infects its plant host in almost the exact same way requiring living plant tissue to grow while resting spores can allow for long-term survival within an environment while being vulnerable to many of the same cultural, environmental, and chemical controls.

There are many plants that have been developed to form a resistance or tolerance to powdery mildew, and cannabis is no different. Certain strains are certainly more susceptible to powdery mildew than other strains and through excessive propagation it is possible to break down the plant’s natural defenses over time. As part of an integrated pest management program, the careful selection of cannabis strains that are more resilient to pest and disease is crucial to the success of the garden.

Prevention of infection from powdery mildew is very important and more cost-effective over time rather than attempting to treat the symptoms as they arise. Although it is important to note that at times the consumer demand for certain cannabis strain varieties may be too great to avoid cultivating. It is important to make sure these strains get the adequate care they will require. There are several other cultural controls which include consistently defoliating plants throughout their life cycle to remove dying, infected, and overcrowded leaves, avoid stagnant water such as floods or spills as this increases relative humidity, increase watering frequency to reduce humidity in the room over time, and maintain the cleanliness of grow rooms of any plant debris. Cultural control measures should be taken alongside chemical controls instead of depending on only one aspect of an integrated pest management program.

There are plenty of effective fungicides that can be utilized to control Powdery mildew and some of the main ingredients include: Rosemary oil, clove oil, coriander oil, citric acid, and lemongrass oil. The focus of the fungicide spray application should be on the topside of leaves attempting to make direct contact with fungal spores as well as alongside the branches and stalks of the plant. Some individuals prefer not to use fungicides to control fungal outbreaks which is possible, but requires alternative measures especially preventative measures in order to prevent outbreaks from occurring.