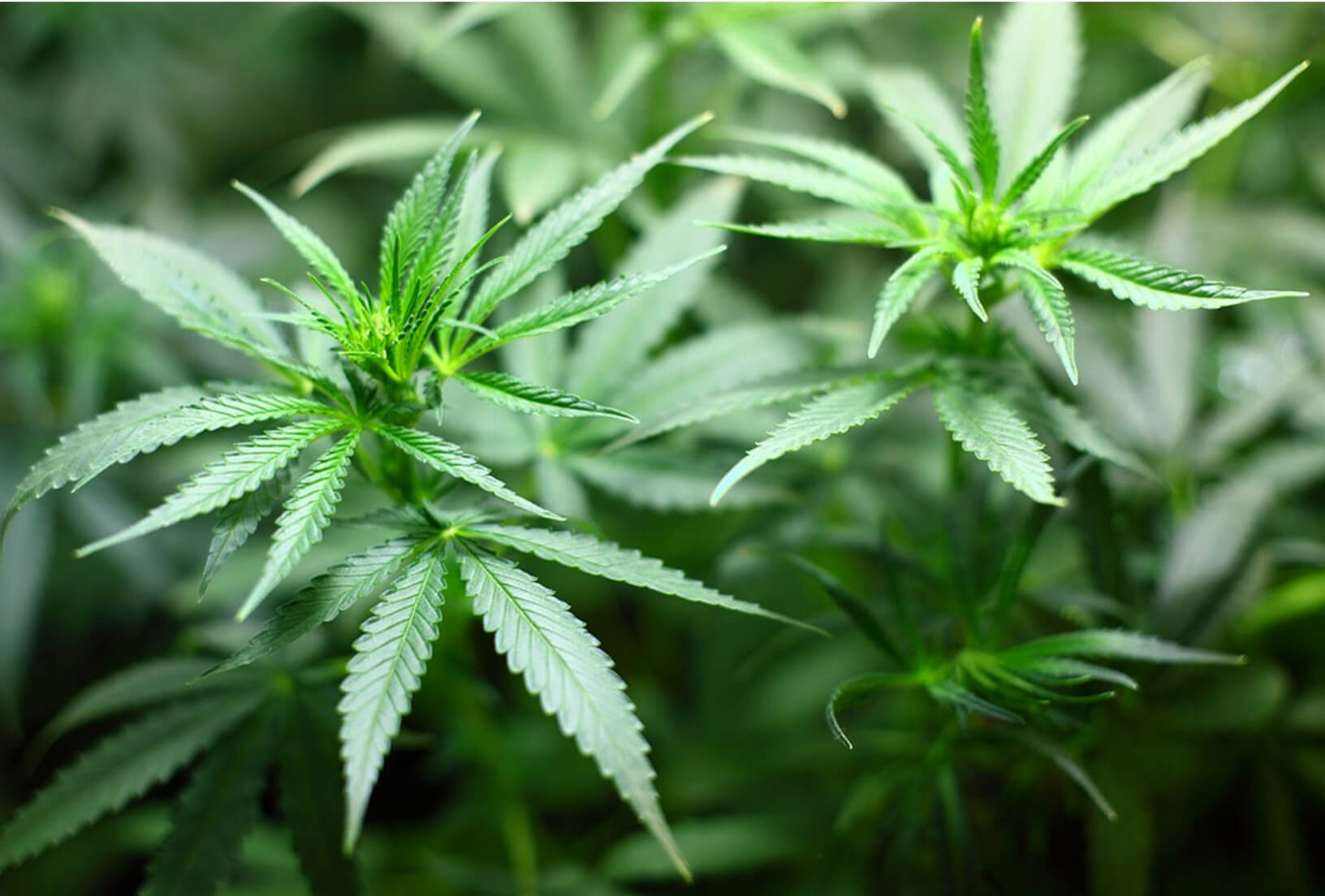 What Does ‘Foliar Feed’ Mean?

Foliar fertilizers are diluted fertilizer solutions, proprietary blends of nutrients, microbes or bio-stimulants that are meant to be applied directly to plant leaves. A spray with a smaller droplet size preferred for foliar feeds to increase its effectiveness. These sorts of sprays can be applied to clones, vegetative plants, and plants in early flower stages of growth. The goal is to provide plants with the necessary nutrients at an accelerated rate than uptake through the roots which is great for correcting nutrient deficiencies and other grower mistakes related to the plant in the garden.

Foliar feeds will not replace a good soil or nutrient regimen, but can provide necessary nutrients for less stressful transitions, to improve Systemic Acquired Resistance (SAR), and provide nutrients for optimal growth. Even though the major pathway for nutrient uptake for cannabis plants is through the roots, it is still possible to provide plants with nutrients through its leaves. Leaves have a waxy cuticle that restricts water entry and causes water to bead up on the plant, preventing nutrients from being absorbed by the plant which is why it is also recommended to use a wetting agent (surfactant) to increase the coverage of the spray on the leaves. It is possible to damage plants if concentrations of nutrients in foliar applications are too high. Leaf damage and stress can occur and in extreme cases it can kill the plant if done incorrectly.

Certain nutrients for plants can effectively be applied as a foliar feed at certain stages of growth. Foliar feed solutions should have their pH adjusted according to the label, but when in doubt it is safe to use the same pH level that is used for nutrient soil applications. Some of the most common products used for foliar feeds include: Heavy 16 Foliar, BioAg Ful-Power, Regalia, Photosynthesis Plus, Superzyme Biological Growth Factor, ThermX-70, and General Hydroponics Armor Si. Implementing a sound foliar feed schedule is easy, applications are usually repeated at 14-day intervals or as otherwise stated on the product label.

Humic and fulvic acid product from BioAg known as Ful-Power.

Fulvic acid can provide plants with trace minerals (such as copper, iron, manganese and zinc) and can increase the uptake of minerals in plants. In addition to this, fulvic acid can improve a plant’s natural resistance to environmental stress. Molecules of fulvic acid are smaller than humic acid and are therefore more biologically active and faster-acting which is ideal for foliar feeds. Fulvic acid is considered one of the best ingredients for an effective foliar feed are usually come in liquid form. 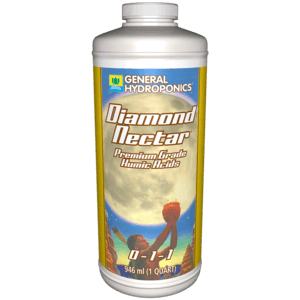 Humates or humic substances like humic acid are chelators which help combine minerals into organic compounds to be more easily absorbed by plants and increasing bioavailability. Chelation can help turn insoluble nutrients and make them more soluble for uptake by plants. Most humic acid contains some fulvic acid as they are usually a component of humus or soil organic matter. Humic acid can come in both dry and liquid forms. It can commonly come in dark brown to black liquids. 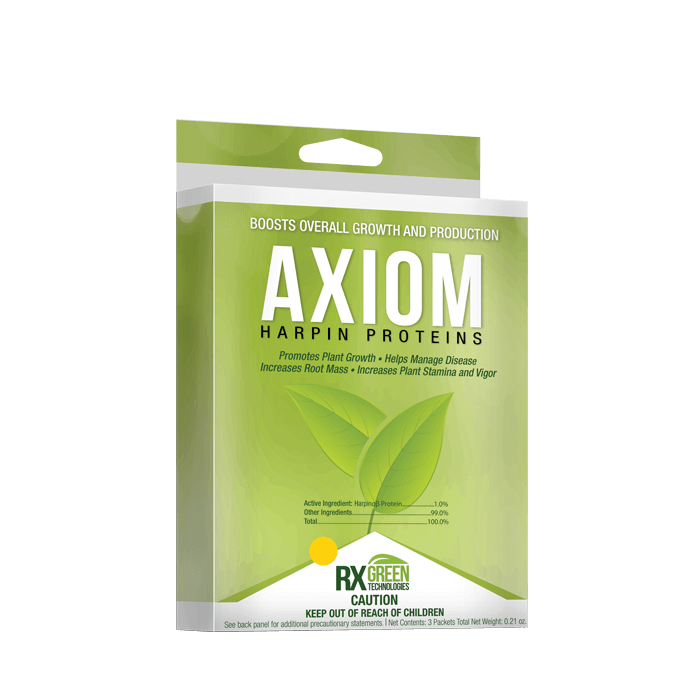 Harpin proteins act by initiating a defense response in plants when applied. This defensive response can make a plant more resistant to several different fungal and bacterial diseases. Unlike most pesticides, harpin proteins will not interact with fungal spores and bacteria directly, instead it increases a plant’s Systemic Acquired Resistance (SAR). Increasing a plant’s SAR is ideal because unlike pesticides it does not allow pests to develop a resistance to the substance (2). There are Harpin proteins and Harpin αβ proteins available for purchase at many hydroponic grow stores and they are similar. Harpin αβ is a protein molecule that consists of fragments from other harpin proteins. Commercial production of Harpin αβ comes from genetically modified E. coli cultivated in labs. Harpin proteins are considered safe and are non-toxic to humans as well as the environment. They are relatively new to agriculture, as harpin protein products were first registered in the United States in the year 2000 and have only been gaining in popularity among growers since. You will typically find harpin proteins in powder form in products such as Axiom. 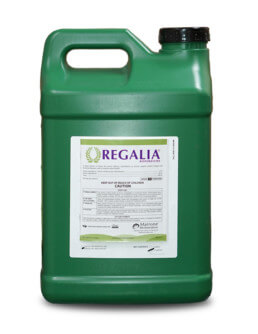 Otherwise known as giant knotweed extract, it works by improving a plant’s immune system instead of targeting pests or plant diseases directly (5). Utilizing this active ingredient can activate the plant’s internal defense system which can help prevent common cannabis-infecting fungi such as powdery mildew. There are no adverse effects on plants, animals, or the environment when used correctly. Extracts of reynoutria sachalinensis as a pesticide active ingredient was first registered in the United States relatively recently in the year 2000. 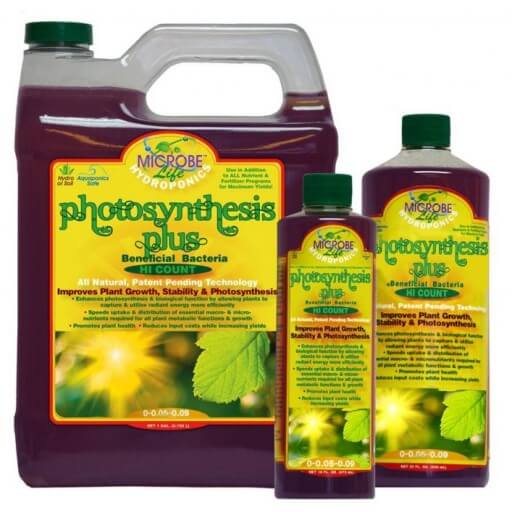 B. subtilis is a soil microorganism that is found almost anywhere and contributes to nutrient cycling when biologically active because of the various enzymes it produces (3). This spore-forming bacterium can inhibit plant pathogen growth in its early stages and induce a system acquired resistance (SAR) against certain plant pathogens that affect cannabis. According to the US EPA, B. subtilis is considered non-toxic to birds and mammals. It has no adverse effects to fish, but use should be limited in outdoor setting due to potential toxicity to bees. Effects on human health are relatively benign, but can be irritating to the skin if contact is made. 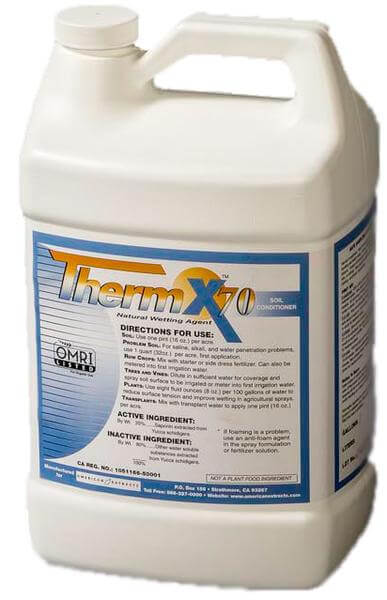 Saponin is a natural plant extract found in hundreds of different plants that contains antimicrobial properties, helps spread sprays across the plant’s surface, and works well to increase water and fertilizer uptake (4). Water and fertilizer uptake increases when saponin reduces surface tension. Part of why saponins make great wetting agents is because they produce a foam when dissolved in water. This active ingredient serves in plant defensive mechanisms against microorganisms and various insects that affect cannabis plants. Therm X-70 is considered a natural wetting agent and contains saponin derived from the yucca plant. Extracts from the yucca plant commonly contain micronutrients like iron, zinc, manganese, and copper. Yucca extracts are also reportedly able to stimulate a plants’ immune system which will boost their insect and plant pathogen resistance or systemically acquired resistance (SAR). Therm X-70 and other saponin based surfactants can make a great addition to a foliar feed or foliar pesticide application. 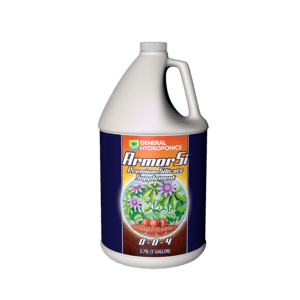 When a plant stores water between its cells, it uses silicic acid by converting silica. Silica is the second most abundant element in the Earth’s crust (1). This means that if you are growing outdoors, it is likely that you do not need to add additional silica to the soil. Potassium silicate is a highly soluble source of potassium and silica that is used as a silica amendment in hydroponic grow setups with the addition of some potassium. Silica is not necessarily required for cannabis in high levels, therefore a deficiency is rare but potassium silicate can be effectively used to control disease mechanically when used as a foliar feed.